40 years of The Haunted Mansion

Let's see if I can borrow a line and say " I'll be your host, your Post host (chuckle)" and let me say what an influence the Haunted Mansion has been. I wonder how many Halloween displays have been influenced after people went on it. But there was a time when I was not so fond of this attraction.
In my youth, my friends and I would talk about HM, one even went to ride it, but the impression we had is: The Haunted Mansion was the scariest ride EVER!! And if you rode it, you would have nightmares for weeks and weeks and have to sleep with the lights on, we even had a rumor of non-existent scene that included a funeral for an old woman lifting up to the great beyond and only her skeleton would return to earth. (It did'nt help after watching the Disneyland 30th anniversary special that had a segment on the Haunted Mansion showing scenes and having a young Drew Barrymore describe how scary it was either)But after riding it, it wasn't that bad, maybe a little enjoyable. There are plenty of sites that cover the history of the Haunted Mansion, and I guess it goes to show how many people enjoy the mansion. Now let's view my gallery of Haunted Mansion tributes. 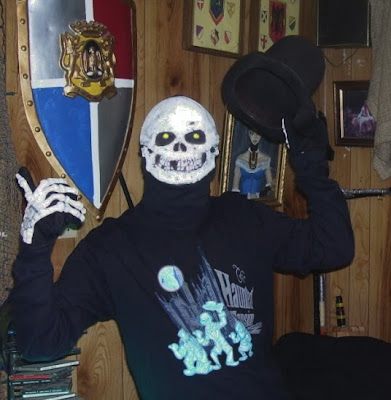 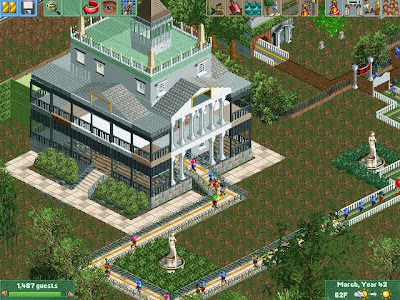 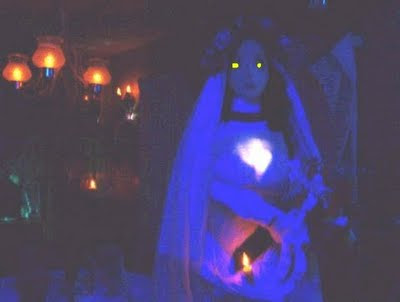 ("The Haunted Mansion" and "Disneyland" are property of the Disney Company.
RollerCoaster Tycoon 2 is published by Atari)
Posted by Mark Hille at 3:01 PM No comments: