I know the 20th anniversary of "BATMAN" with Michael Keaton and Jack Nicholson was on June 23, but this post was delayed as it was too hot outside and I was distracted by the Ghostbusters game that just came out. But that is neither here nor there, so without further delay I present my collection of Starlog Batman movie covers. 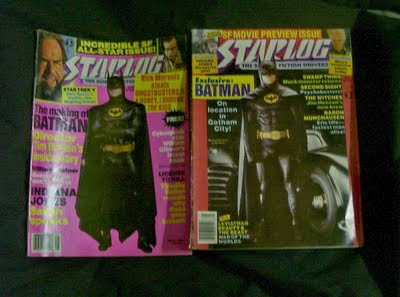 This cover I could have uploaded on June 23. These Magazines date back to 1989 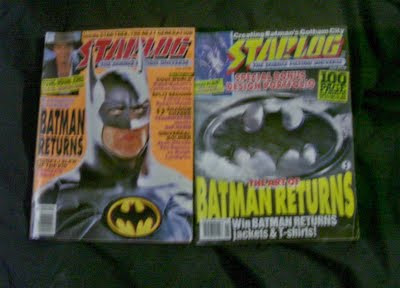 These covers date from 1992, and I wish I had presented them on the anniversary of Batman Returns, June 19th. 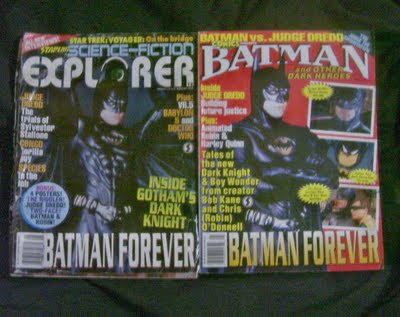 While not actually Starlog covers, Science Fiction Explorer and the Comics Scene Batman Forever special were published by the Starlog publishing group. I really wanted to put this up on June 16th.
Well this concludes today's exhibit, and I will continue to search far and wide for the next presentation.
(Starlog is published by Starlog Entertainment Company, Batman is Published By DC Comics, and BATMAN, Batman Returns, & Batman Forever were released by Warner Brothers)
Posted by Mark Hille at 10:16 PM